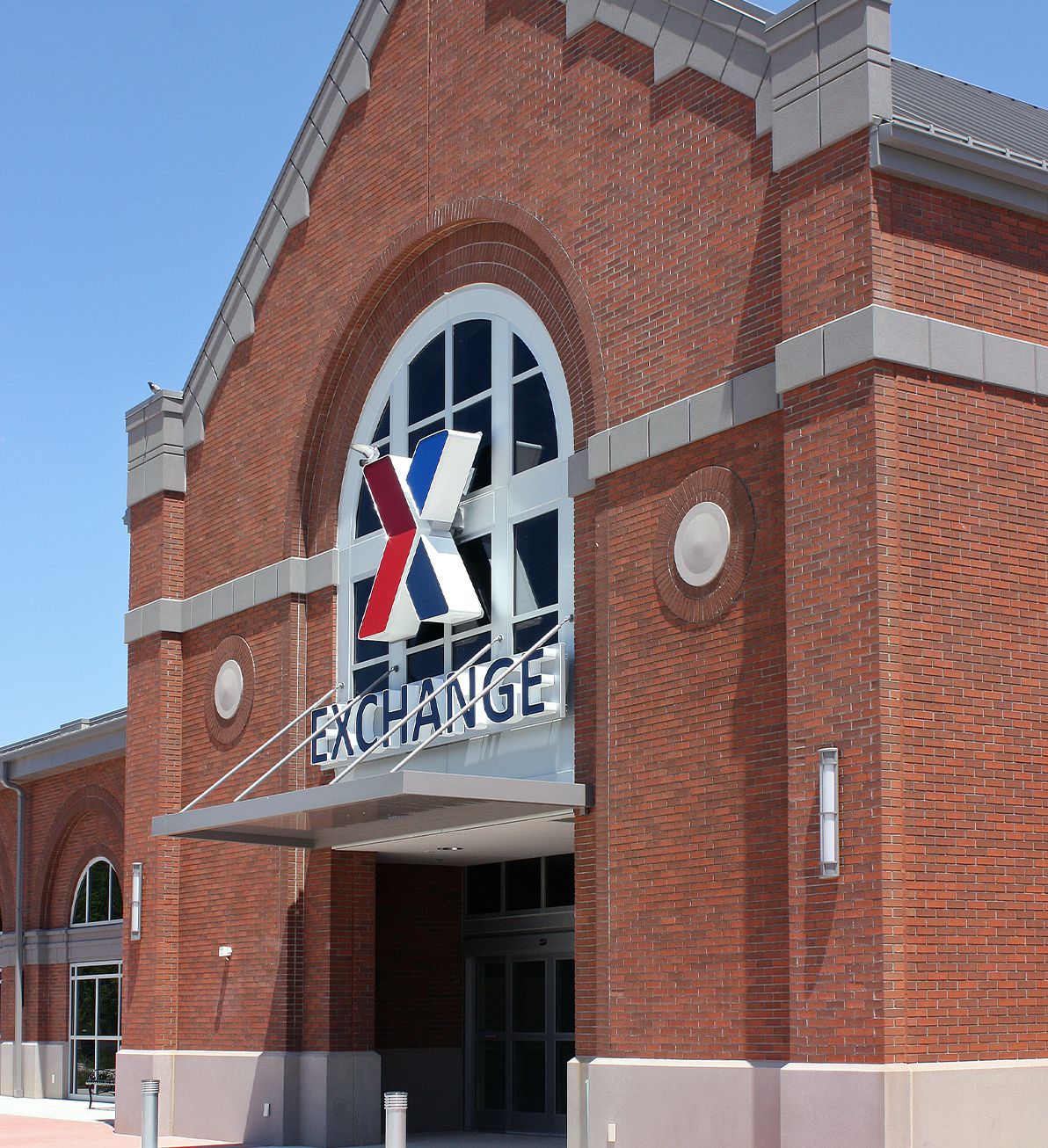 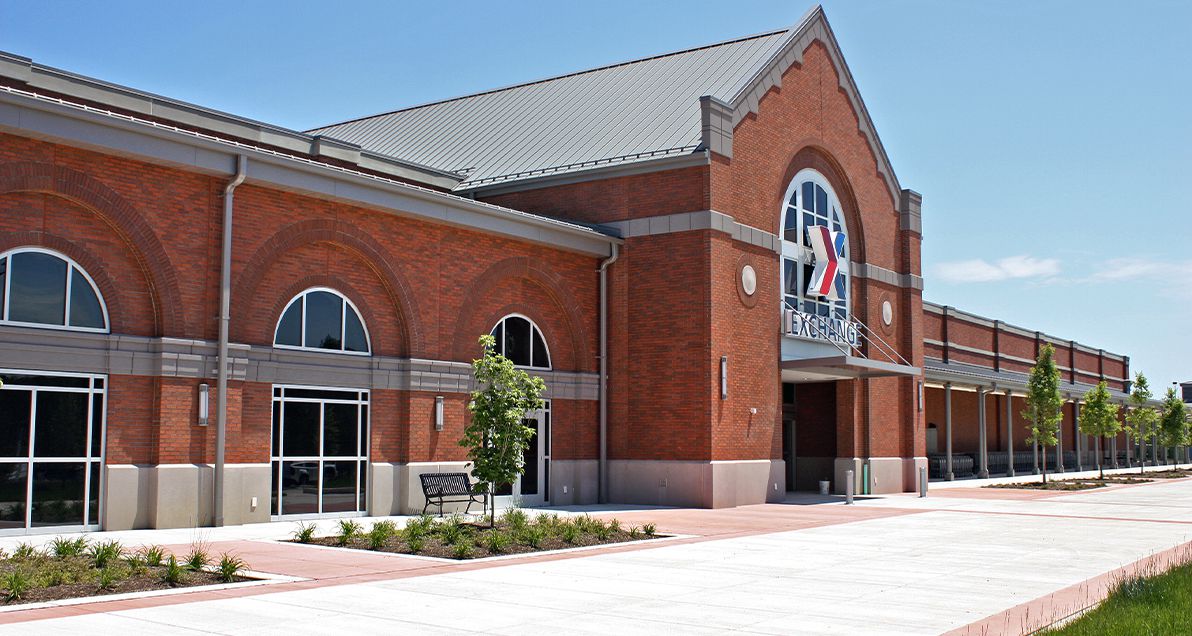 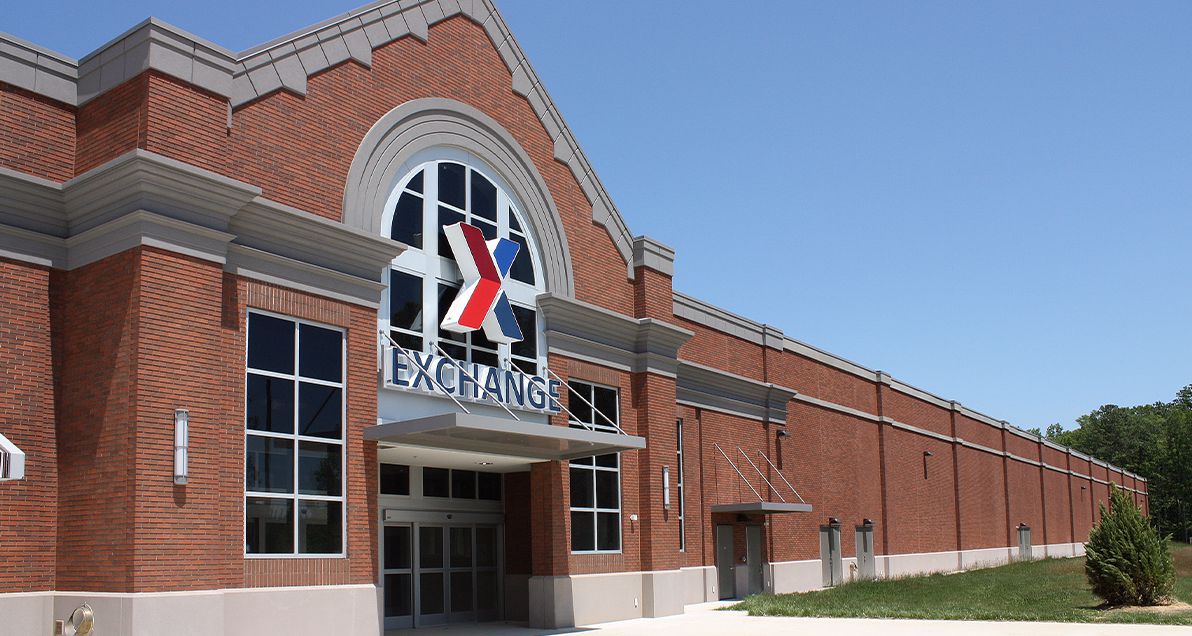 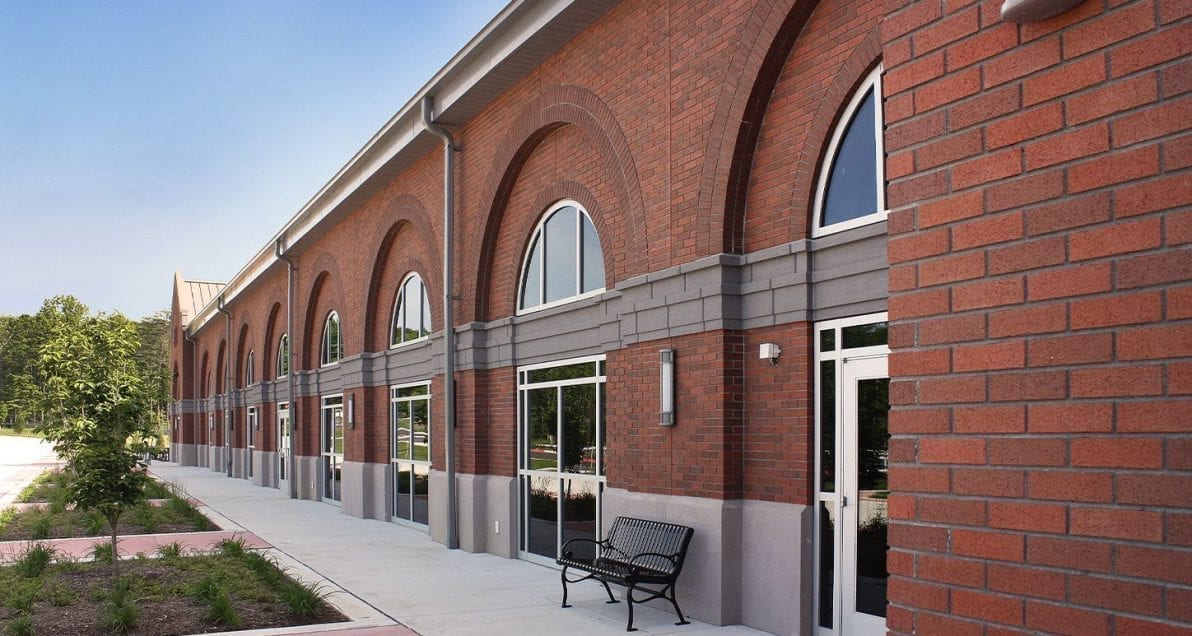 The Exchange/PX at Fort Belvoir, a United States Army Post, located in Fort Belvoir, VA is one of the largest in the country. The new building is owned by the Army Air Force Exchange Services, (AAFES), and is a facility consisting of approximately 250,000 square feet, twice the size of an average Walmart. The building was designed by MWW Architecture and built by Walbridge Aldinger Construction.

The Exchange/PX was a design-build project, for which Smith-Midland supplied approximately 80,133 square feet of Architectural Thin Brick Precast Panels consisting of thin brick from Taylor Clay Products and simulated gray stonework. The completion of the new Exchange/PX was the third major building completed by Smith-Midland on the Fort Belvoir Army Post.