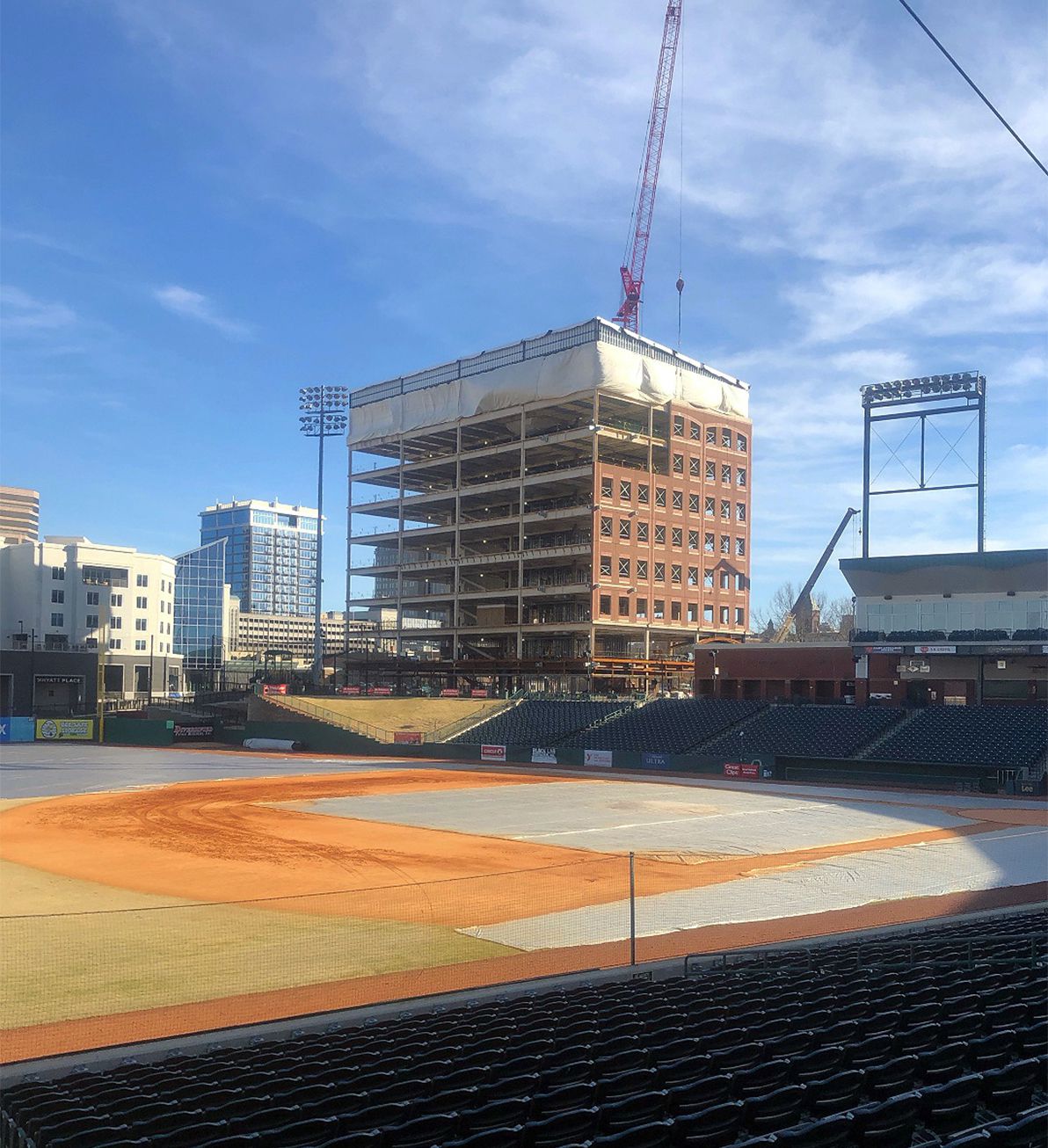 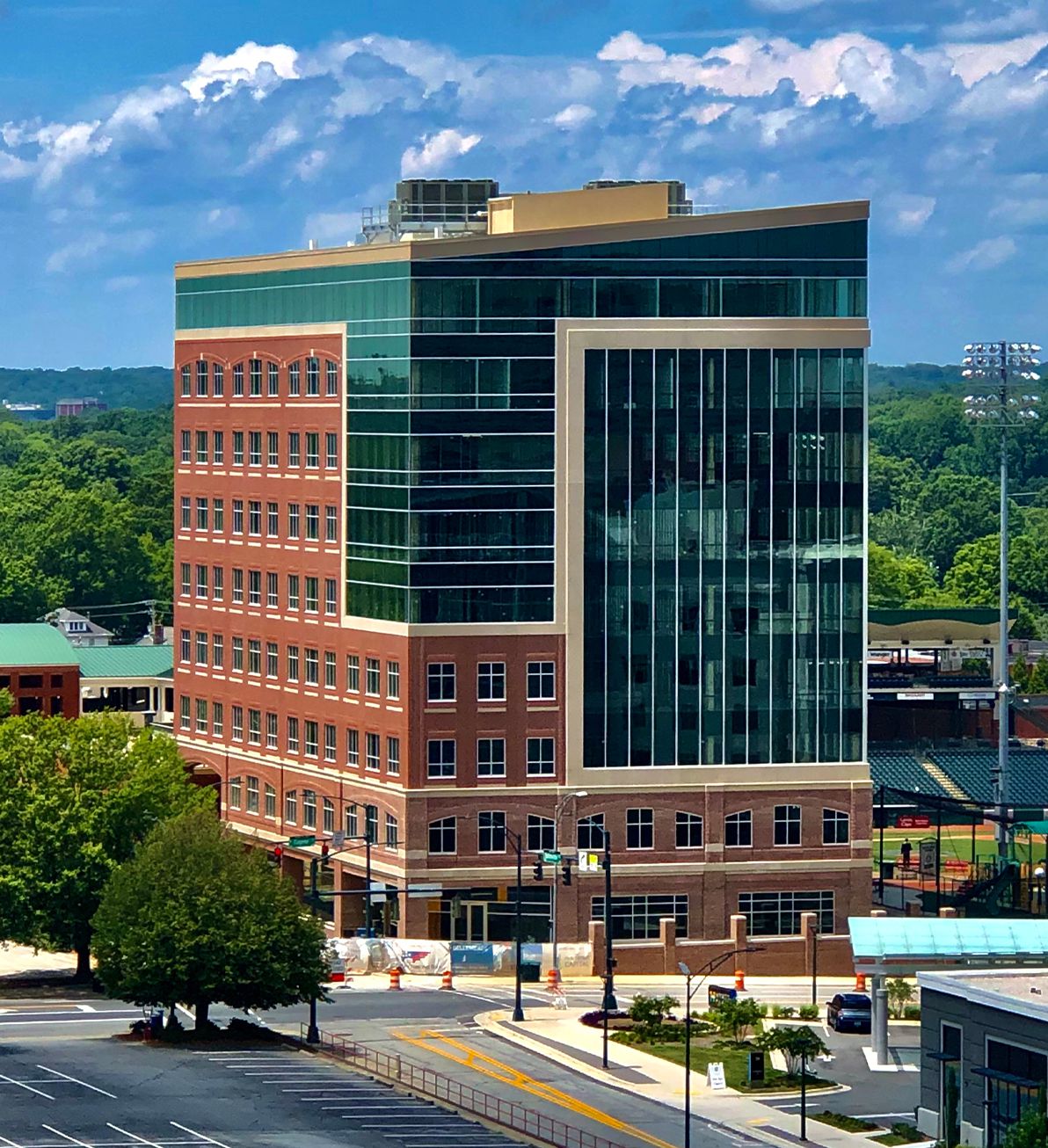 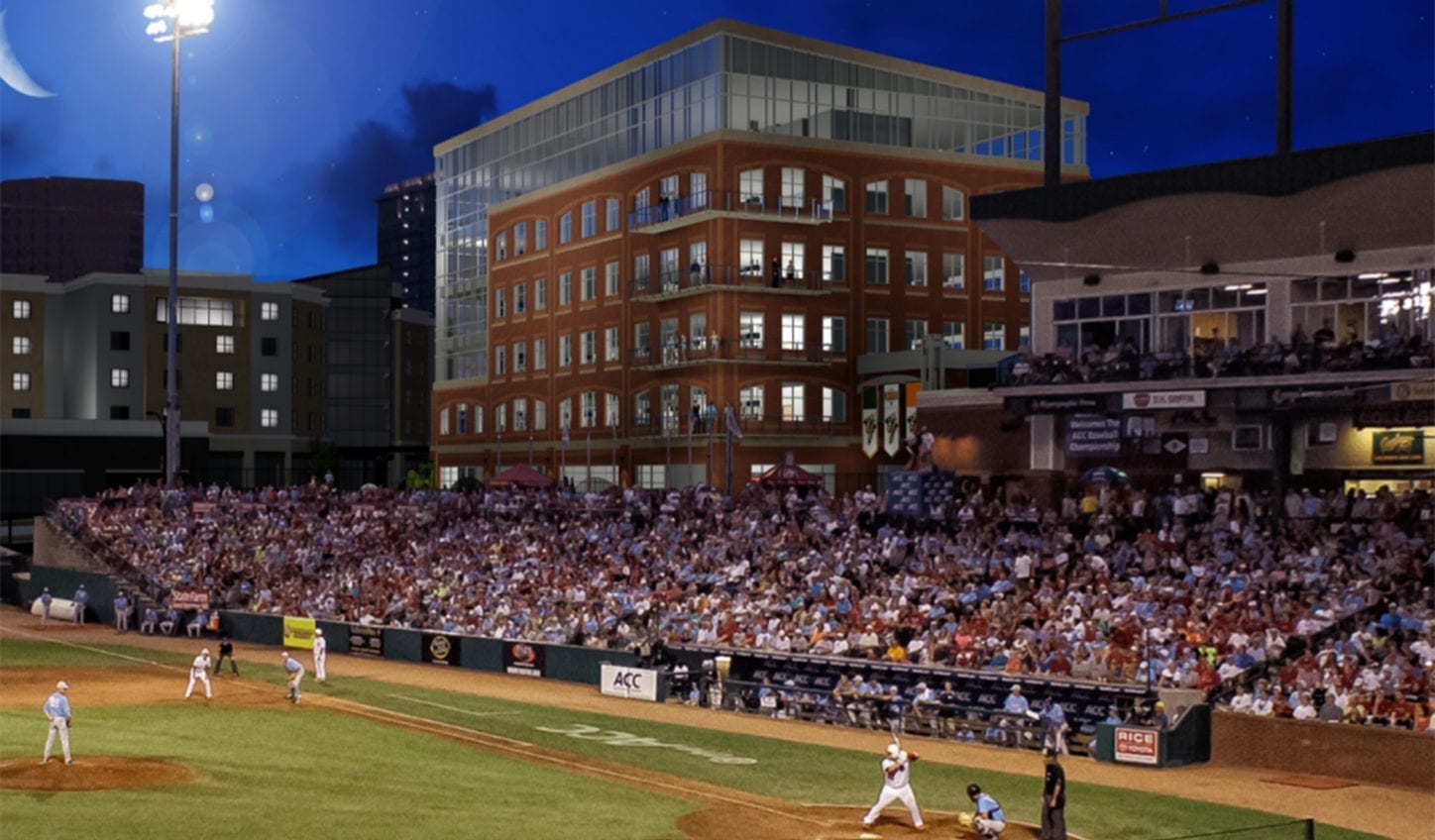 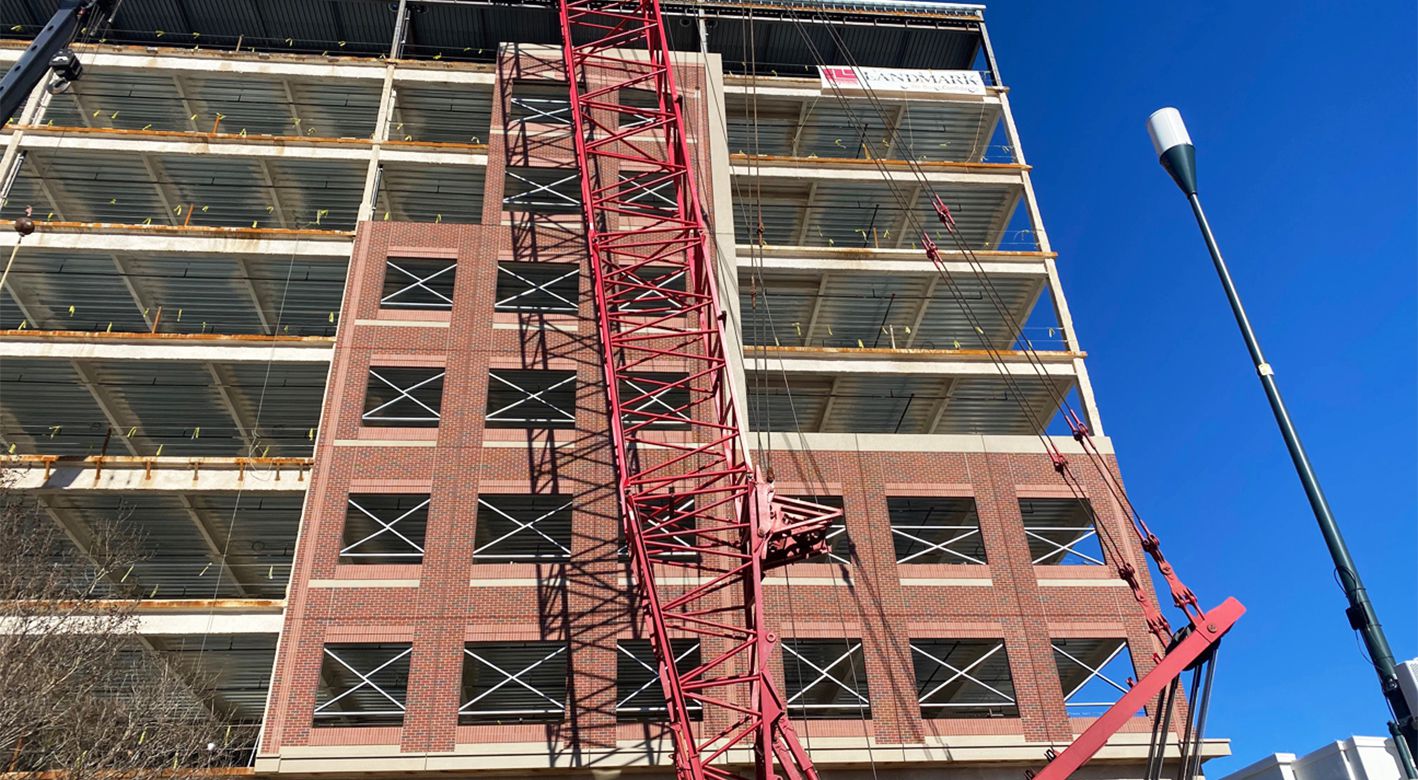 Smith-Midland Hits One Out of the Ballpark

Landmark Builders and Architecture firm West and Stem, chose SlenderWall precast building panels and its innovator, Smith-Midland, to clad the exterior of the new “Slugger” project in Greensboro, NC.  The 9-story, 111,869 square feet office and retail building peers over the right field line of First National Bank Field, home of the Grasshoppers, Greensboro’s South Atlantic League baseball team. The two facilities will be connected by a new featured ballpark entrance.

The brick and glass design of the building integrates well with the existing stadium architecture and will become another gem in the burgeoning development of downtown Greensboro. The 24,000+ square feet of SlenderWall and accompanying traditional precast panels will feature inlaid thin-brick over the majority of the surfaces, with banded areas mimicking limestone. A special feature incorporated into the design will be vertical thin-brick faced panels utilizing different sizes of brick and soldier course arches. In addition to their attention to aesthetics, West and Stem made a point of incorporating modern enhancements and materials. SlenderWall’s ability to deliver panels with a R24 thermal rating delivered on that play. Smith-Midland also provided erection services on the project.

When Paul Stephens founded contractor Landmark Builders in 1975, he was determined to make his company “the preferred builder that consistently delivers what is promised.” His principles of integrity, dependability, and a disciplined work ethic paved the way for Landmark to become one of the most trusted and respected companies in the Southeast. The current ownership group and dedicated team of employees have worked to solidify the Landmark reputation as a well-managed company that continues to meet and exceed the goals of its founder.

Front Street Capital is a full-service development, asset management, and private equity real estate company built by industry leading professionals with a drive to produce consistent, income-driven results. Over our history, Front Street Capital has developed or acquired over $450 million in income-producing property primarily across the office, industrial, healthcare, and mixed-use asset classes. 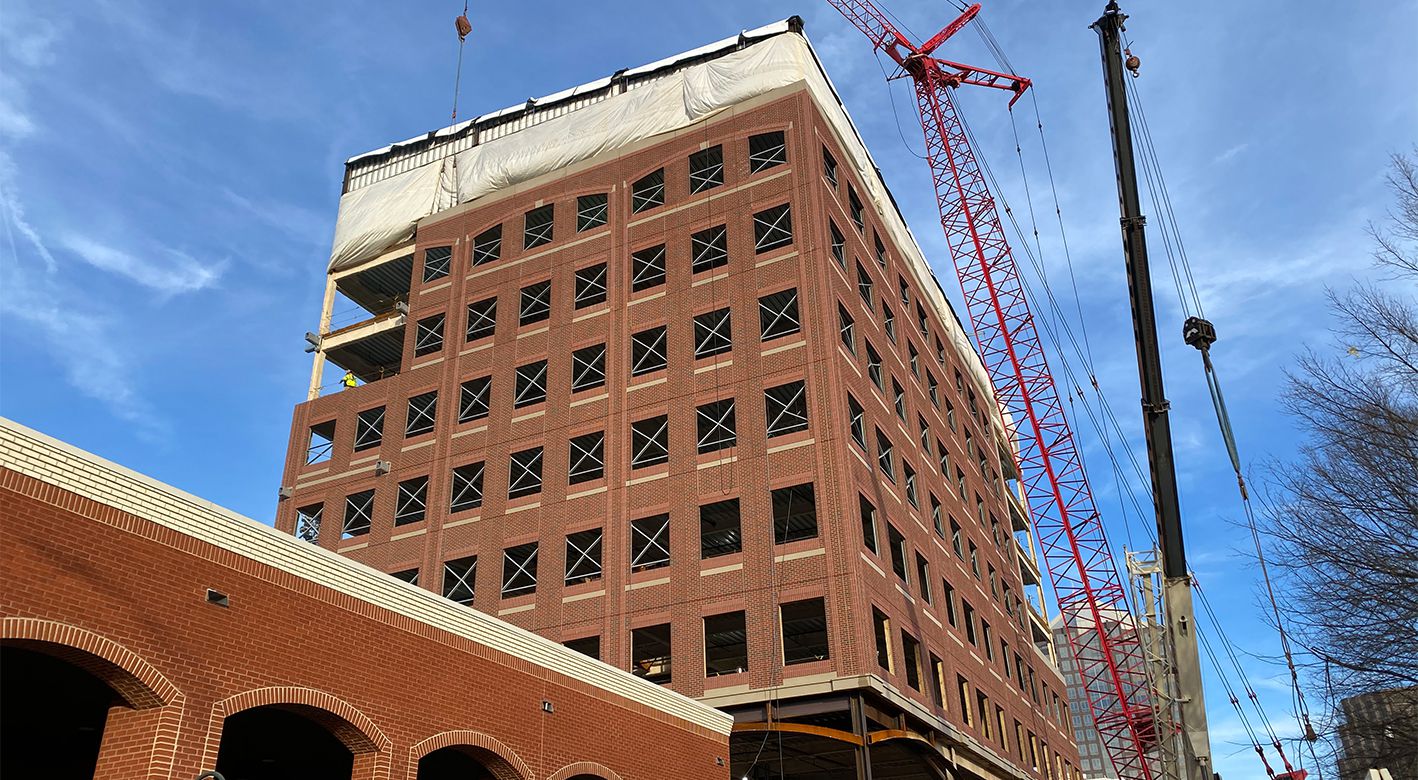 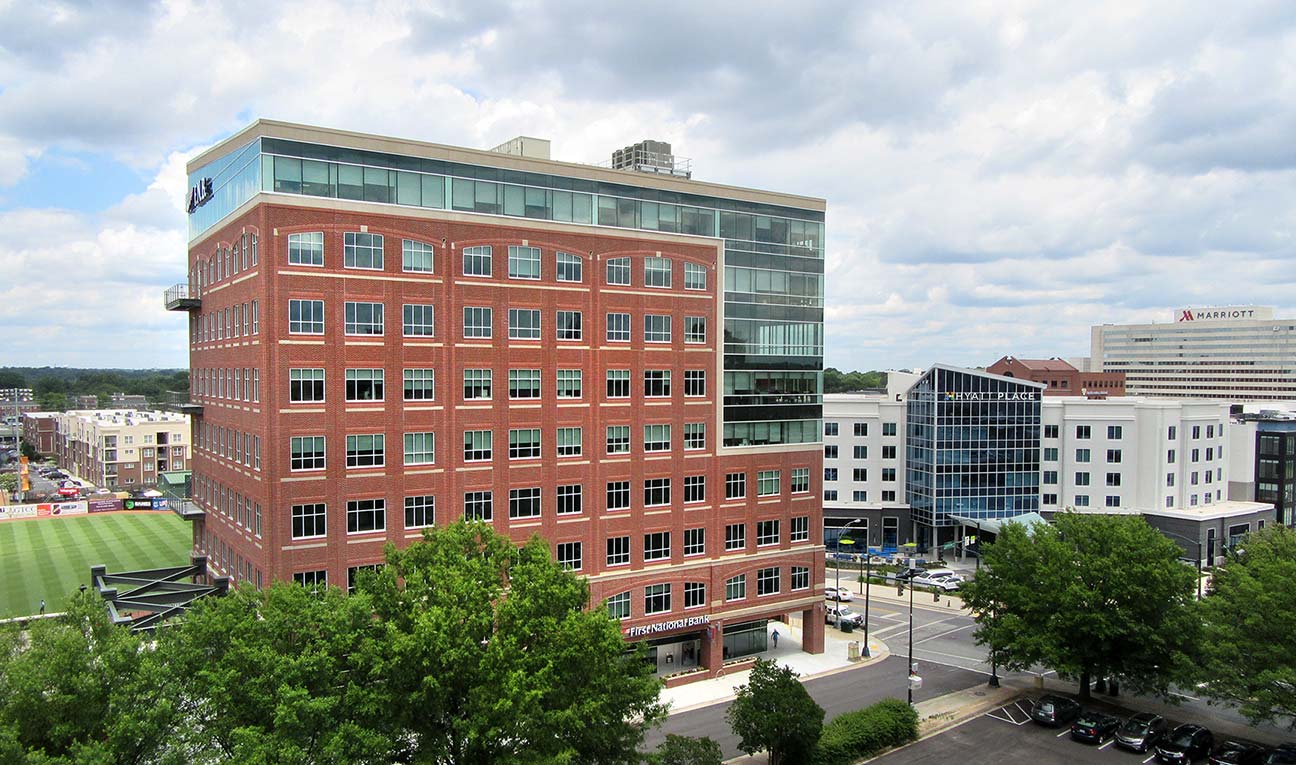