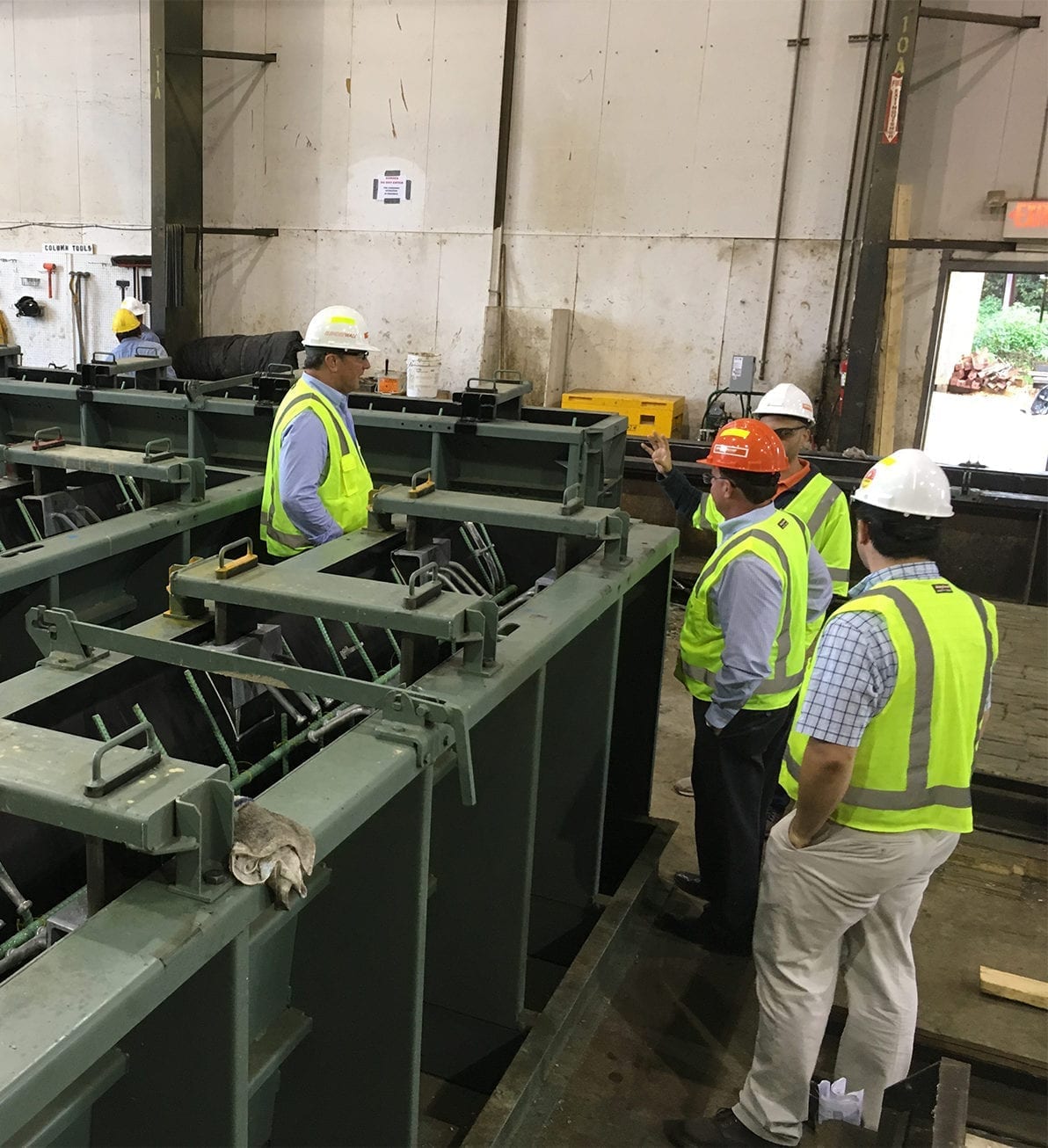 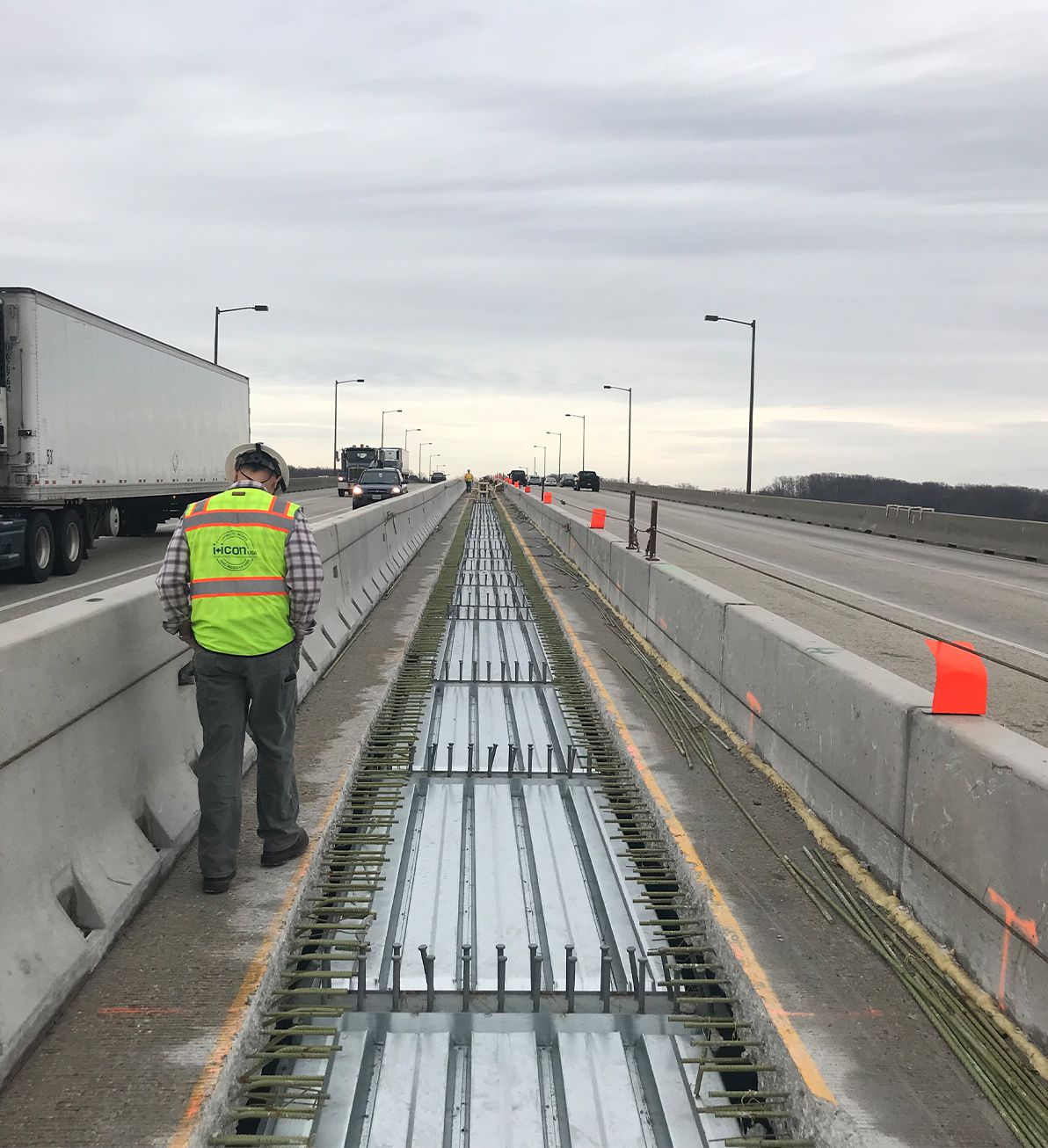 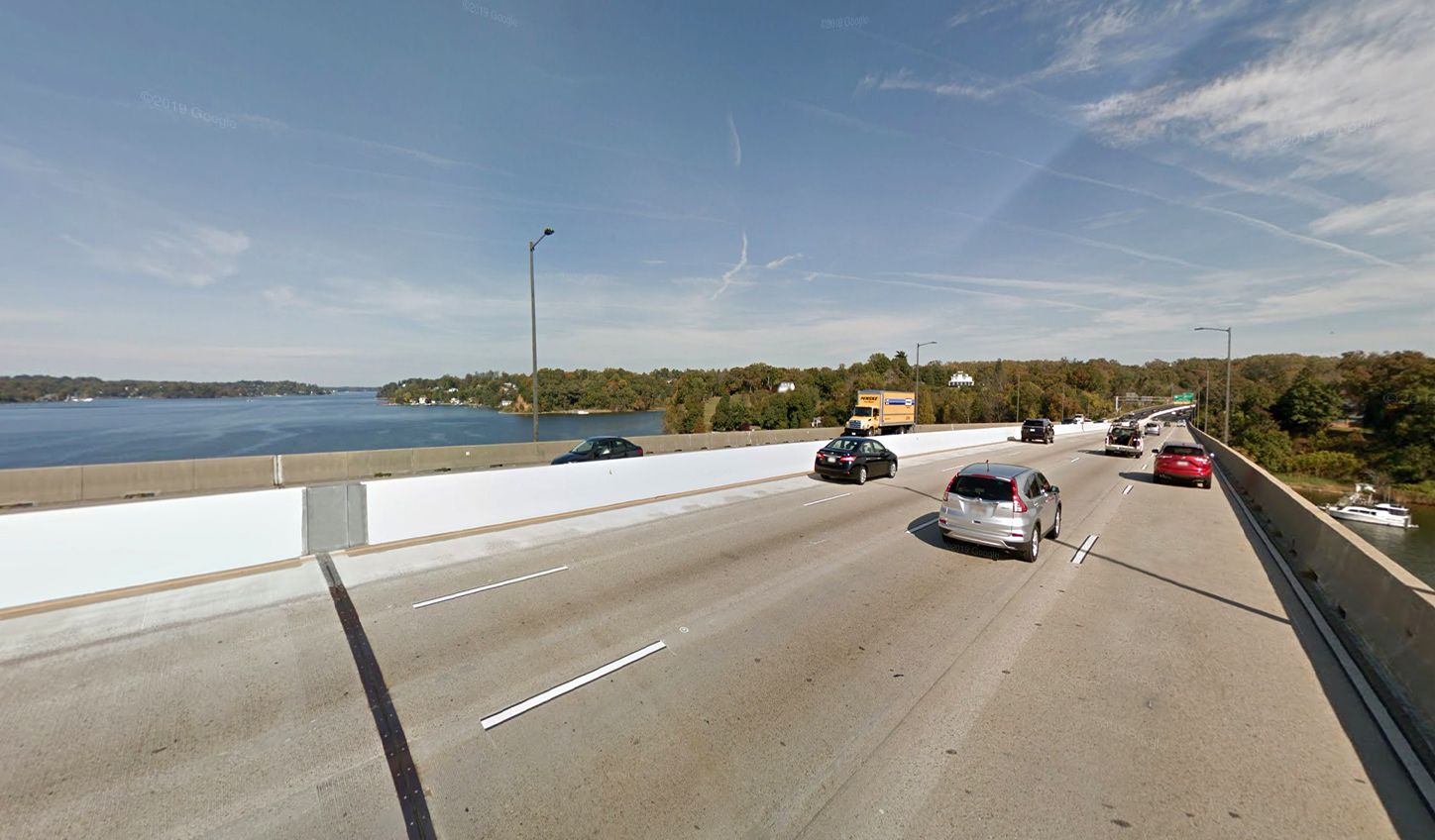 Smith-Midland Contributes to ENR 2019 Project of the Year Finalist

The Highway US 50 span over the Severn River Bridge in Annapolis, MD runs 2,856 linear feet and soars nearly 100 feet high, serving up to 125,000 drivers during peak Friday afternoons in the summer. Innovation was the key to adding a fourth traffic lane to this critical route connecting central Maryland with the Chesapeake Bay Bridges and the Eastern Shore.

The Innovative Design and Construction bridge span project by Maryland State Highway Administration (MDSHA) was contracted to Joseph B. Fay, which subcontracted Smith-Midland Corporation to manufacture and deliver both temporary and permanent Maintenance of Traffic precast concrete barrier. The project schedule was aggressive, and finishing the work on time was imperative. The upgrade had to be integrated without making an already tough traffic situation worse.

The construction team finished the project 38 days ahead of schedule and within budget, earning the maximum incentive and a host of kudos from the engineering and transportation community. Engineering News-Record (ENR) named the U.S. 50/Severn River Bridge Median Barrier Replacement and Lane Reconfiguration as a Best Highway/Bridges Project and as a Project of the Year finalist. ENR’s judges were impressed with what one calls the “really complex” challenge of carrying out the expansion in the middle of a busy highway.

In addition, Roads & Bridges listed the project as one of its Top 10 bridge projects. Maryland DOT also earned national recognition for the project in the 2019 America’s Transportation Awards competition, recognizing the project for its exceptional design with the Operations Excellence Award.

In total, Smith-Midland produced 1,250 tons of concrete for the approach and median barriers. Production lasted approximately 15 weeks at the Midland, VA plant facility. In order to meet the aggressive schedule, SMC crews worked six days a week to complete the project.

During fabrication, Fay approached SMC about designing and manufacturing the permanent approach barrier with a large footer poured monolithically, which had originally been designed as cast-in-place. Fay and SMC collaborated to quickly create an approved design, which helped keep the project moving ahead of schedule. Fay received deliveries on its expedited incentive schedule and MDSHA was extremely satisfied with the end result.

Lean construction practices and planning tools were critical for scheduling and coordinating activities of multiple shifts throughout the construction phase. While the project’s objective was to provide smoother traffic flow, the original plan to use cast-in-place sections for the permanent median barrier complicated the ability to regularly shift lanes during construction. Instead, the project team altered the design to incorporate precast barriers with footing sections that could double as movable traffic maintenance barriers during nighttime lane closures.

The precast sections’ design was further enhanced to match expansion joint locations and the bridge’s gradually arching profile. This approach allowed the project team to use the same precast forms for barriers on the bridge and the approaches.

Despite working near live traffic, working over water and performing major work during nighttime hours, the project team says it had “no major safety incidents” and zero lost-time accidents. The project had a 2.40 OSHA Recordable Incident Rate during more than 83,300 worker-hours performed.