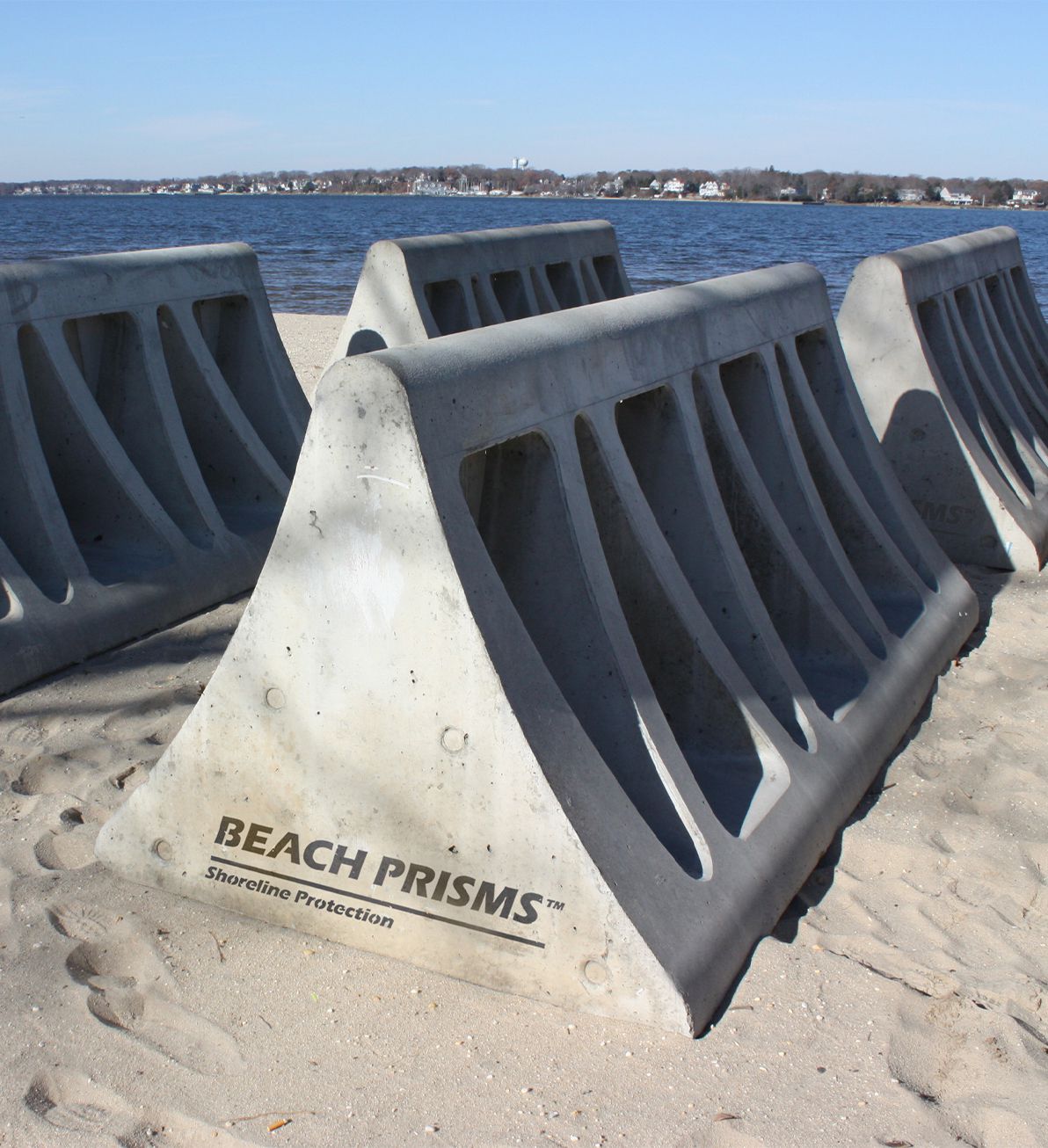 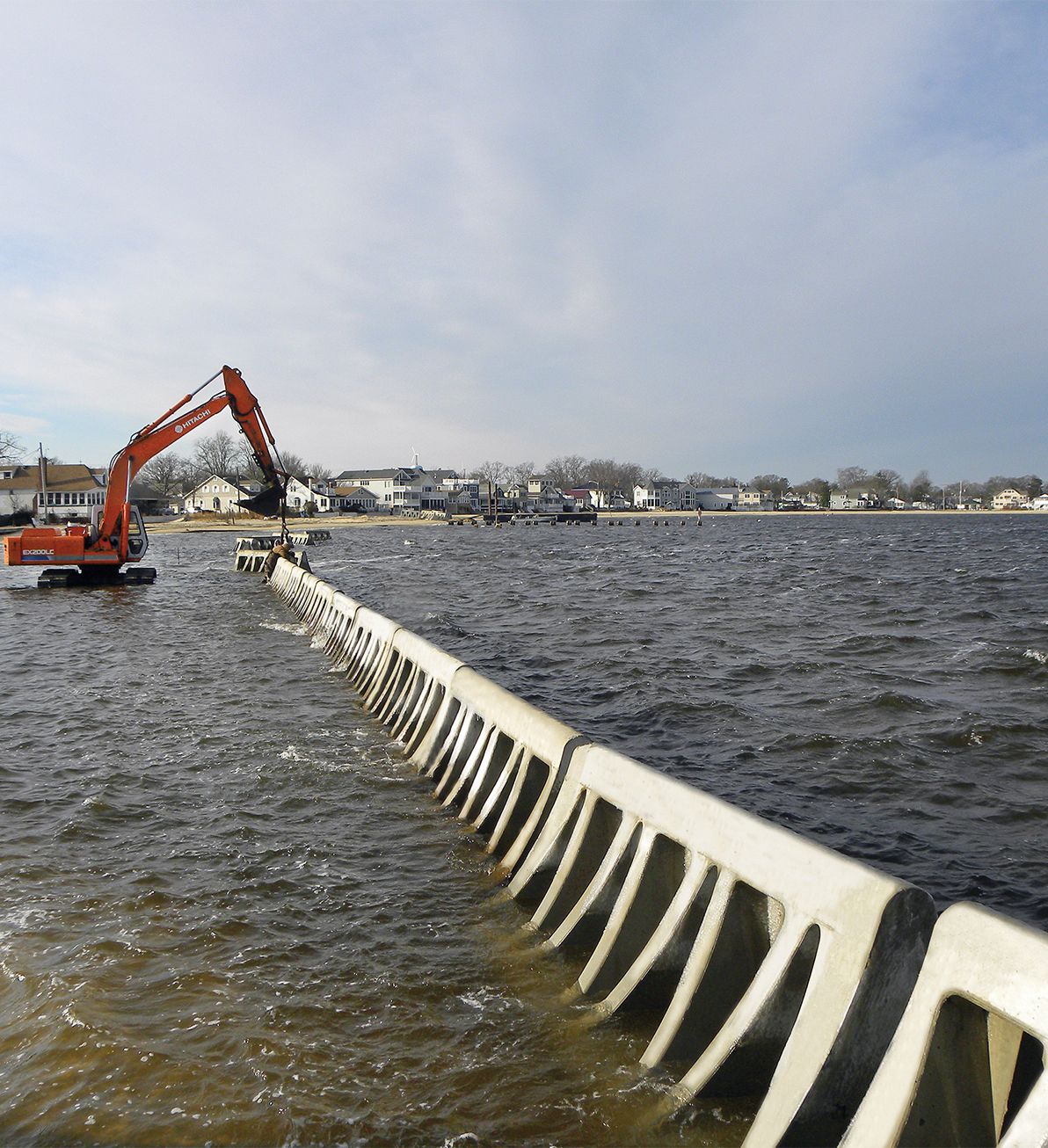 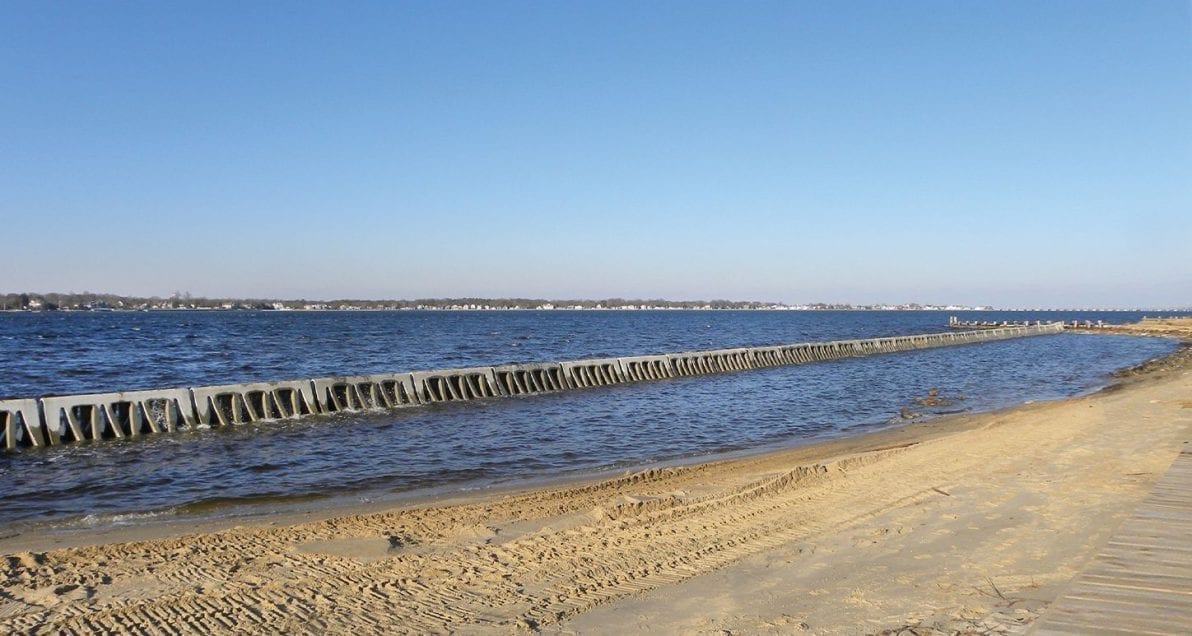 Ocean Gate, NJ took a hit from Superstorm Sandy in 2012. The devastating storm swamped the region, upended boardwalks and ripped through homes and businesses. Now, Ocean Gate is fighting back, with 45 precast Beach Prisms. Manufactured from precast concrete, Beach Prisms are constructed with cut-through holes that allow the ocean to flow naturally without removing sand from beach.

Beach Prisms protect homes, prevent erosion and reduce impacts from natural disasters like Superstorm Sandy. Installed along the community’s shoreline, the prisms are the first to be used in the Garden State.

“Ocean Gate is a progressive community,” said Jay McKenna, Smith-Midland’s National Sales Manager. “We’ve been discussing this project with the municipality for three years and are very pleased that they decided to test out this innovative solution to an ongoing and very serious problem.”

Shaped like highway barriers, Beach Prisms are formed with a built-in parabolic curve that scatters waves away as spray instead of allowing them to crash onto the vulnerable shoreline. Weighing roughly 10,000 pounds each, the prisms are more economical and durable than other shore preservation methods.

The prisms were installed into Toms River roughly 50 feet away from the beach. According to McKenna, the structures not only shield the beach from the waves but they also help build up sand reserves over time. “Because the wave energy dissipates when it crashes against the beach prism,” says McKenna, “we’re already starting to see sand accumulate on the beach – where it belongs.”

The timing of the prism installation couldn’t be better for Ocean Gate, which just replaced the boardwalk it lost to Superstorm Sandy’s violent forces. “We’ve been losing beach year after year with the Nor’easters we get,” said Ocean Gate’s Mayor Paul J. Kennedy in a recent news article. “So, we came up with an idea that hopefully will work.”

McKenna said the project garnered a lot of attention from Ocean Gate residents and business owners. “There was a crowd out there every day, watching the installation and curious about the impact of the prisms,” he explained. “In the end, our Christmas present to them was a finished project and peace of mind that their shoreline is protected.”