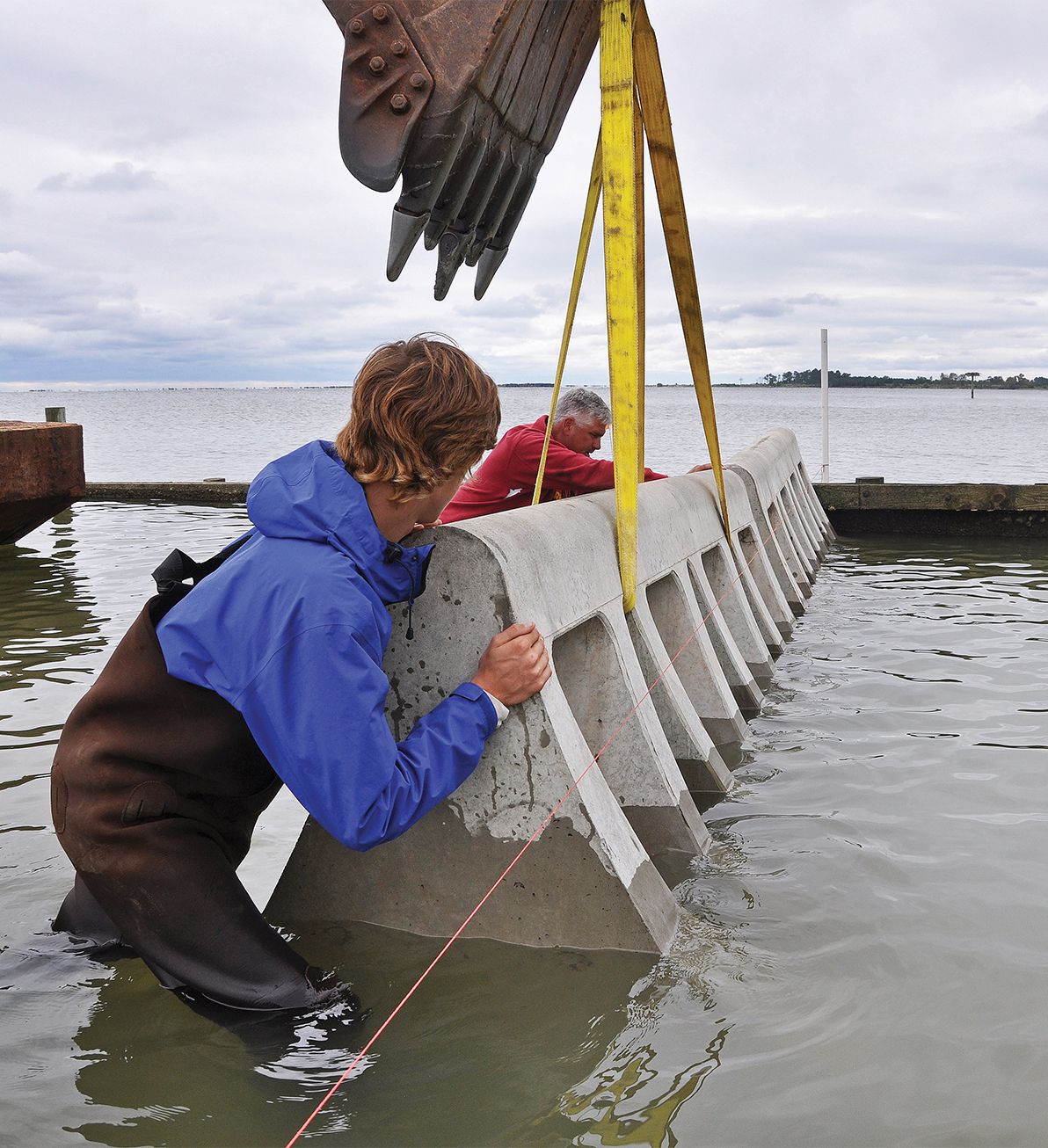 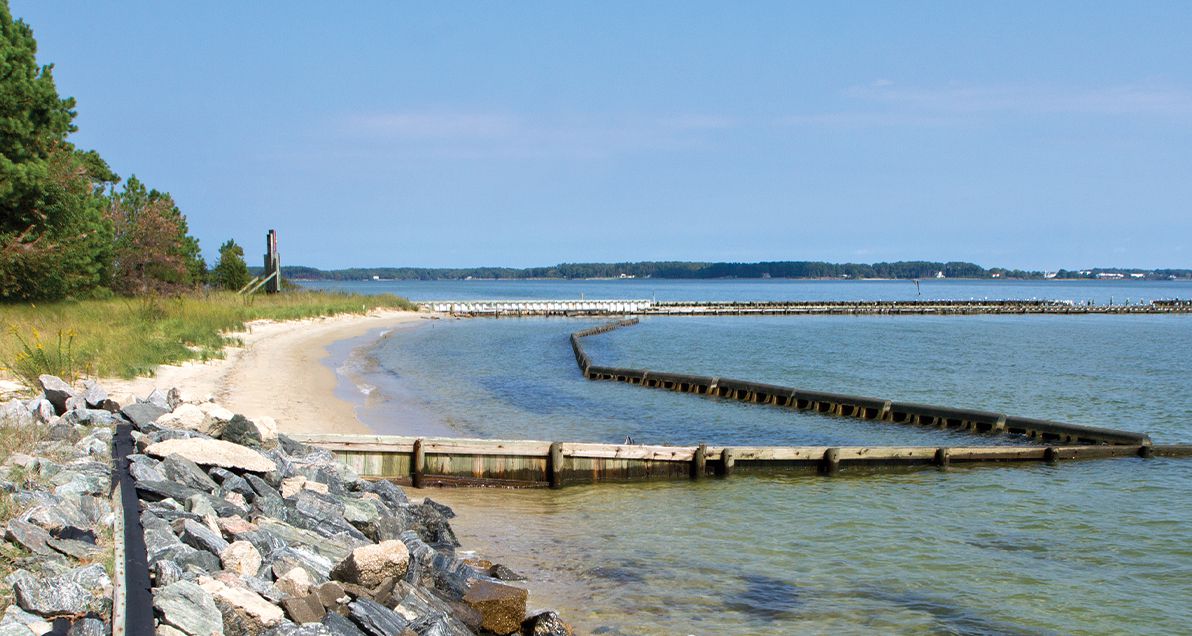 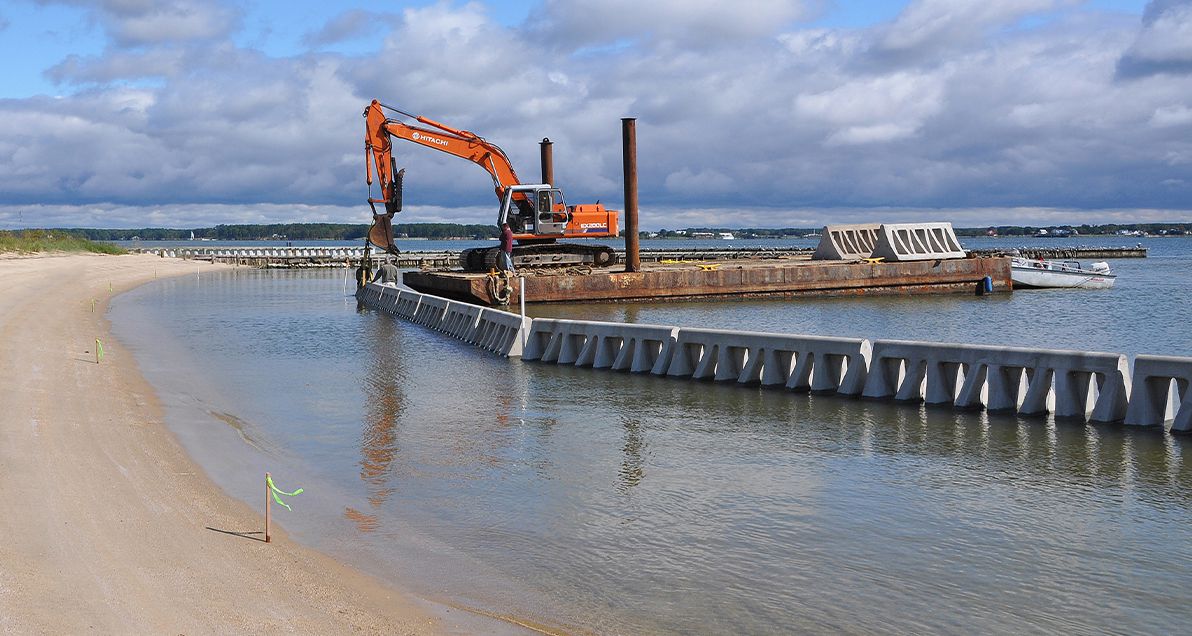 "You can literally watch the waves stop in their tracks when they go through the prism. Everything just stops. The peace of mind they give you is unbelievable and irreplaceable.” Bob White, home owner, Ingram Bay, Va. 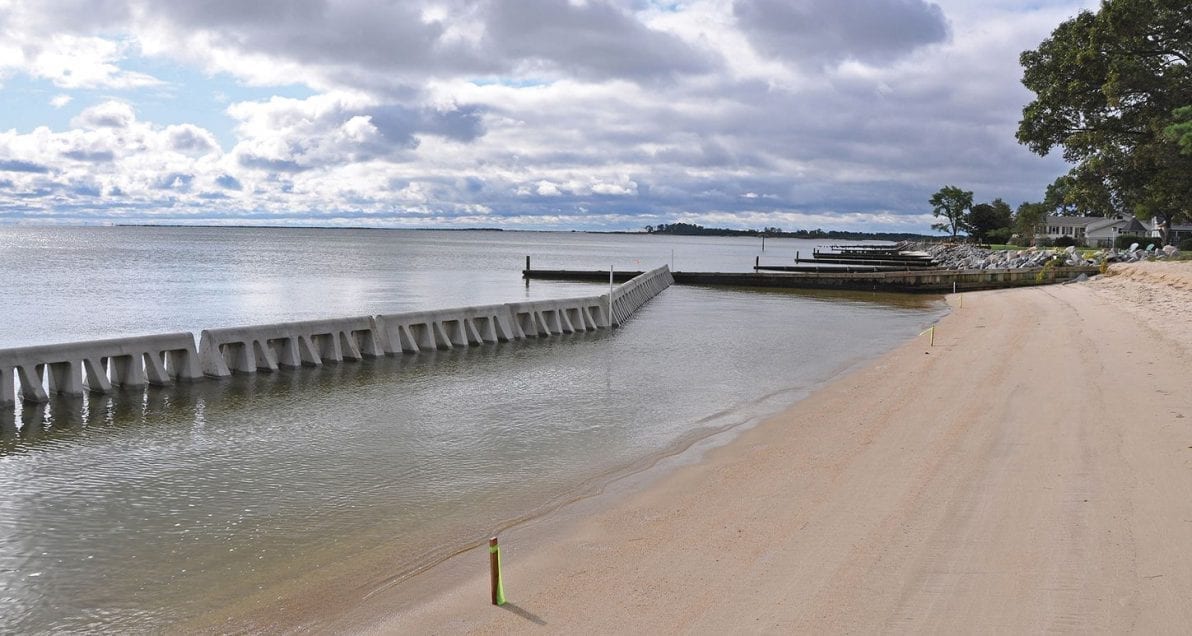 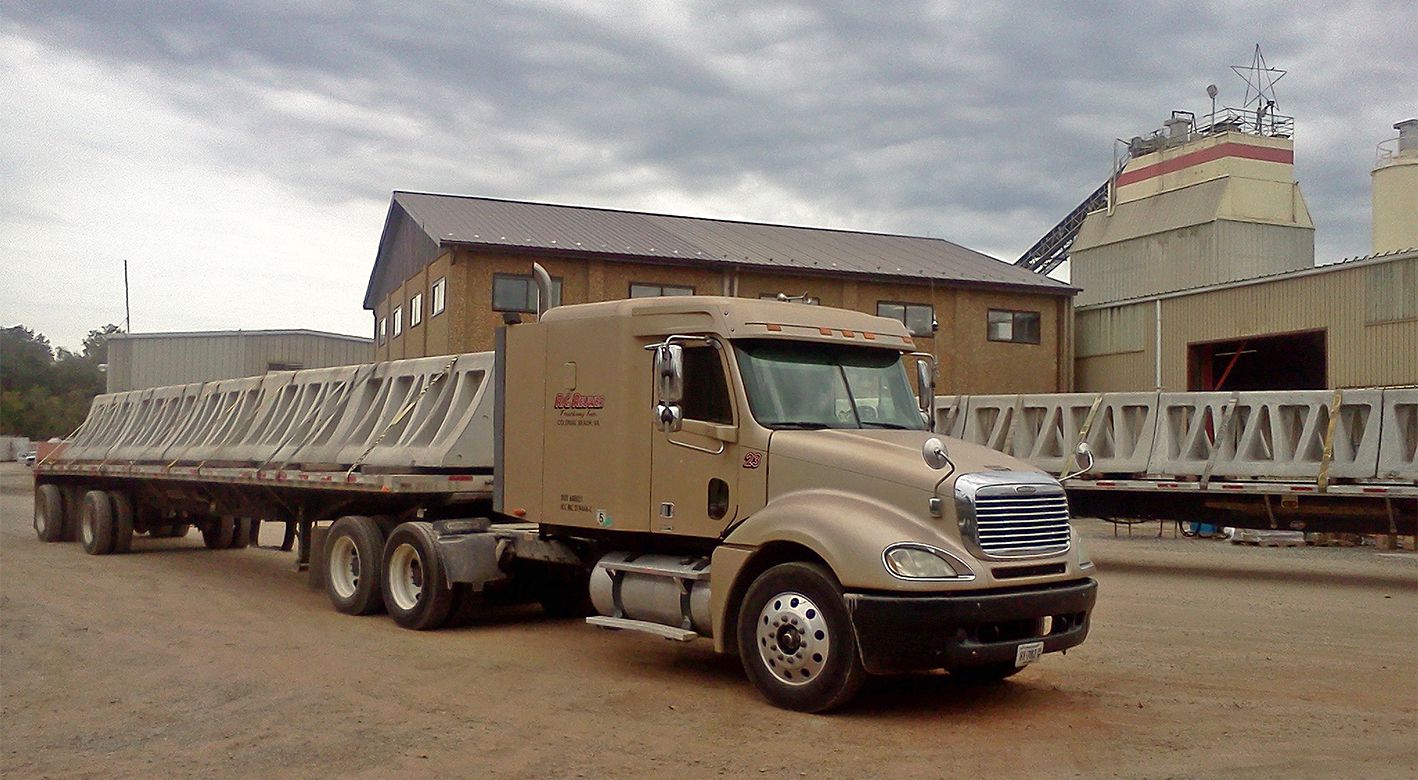 The evening of September 1st, 2006 was one that left an indelible impression on the minds of Bob and Chris White. That day Hurricane Ernesto roared up the Chesapeake and nearly cut their bay front property located at 270 Ingram Bay in Heathsville, Virginia in half. “I can’t believe how powerful the water was,” said Mr. White. “Our home office was knocked off its foundation, the pool was full of mud and debris, and the water had risen over our tennis court and was threatening the house.” Subsequent storms have continued to wreak havoc and do additional damage.

The Whites have tried several solutions to solve their problems: bulkheads; stone revetments and five wooden groins. None of these options did much to quell the ongoing erosion. Over four years ago the Whites came across a promising solution after many hours of searching the internet; Beach Prisms™. Mr. White was drawn to the shape of its parabolic curve, a structure he was familiar with from his years of working with blast technology and hydrodynamics. He knew the design would have a good chance of deflecting the destructive forces of wave action.

Several years of working through the permitting process led the White’s representative and the product’s manufacturer, Smith-Midland Corporation (SMC), to a final approval meeting in front of the Virginia Marine Resources Commission (VMRC), on the morning of August 23rd, 2011 in Newport News. John Klein, a consulting coastal engineer working with SMC, presented statistical data to the VMRC representing 20 years of Beach Prism installations and testing. The board voted 11-0 in favor of the permit.

The installation at the Whites began early in the morning of Saturday, the 1st of October. Tractor trailers traveling from the SMC plant transferred the Beach Prisms in 5 loads to a waiting barge. Omega Protein in Reedville, VA provided free use of their dock facilities. The full installation consisted of 22 pieces of Beach Prism (4’x4’x10′) with 6 inch spacing for a total of approximately 230 feet of protection. Each piece of Beach Prism was placed parallel to the beach in approximately 1 foot of water at low tide. Installation was completed by Sunday afternoon the 2nd. The Whites hope that this will finally give them some relief from storm damage and either slow the rate of erosion, stop erosion or reverse the erosion by replenishing sand in front of and behind the Prisms. The estimated value of the project is $33,000.