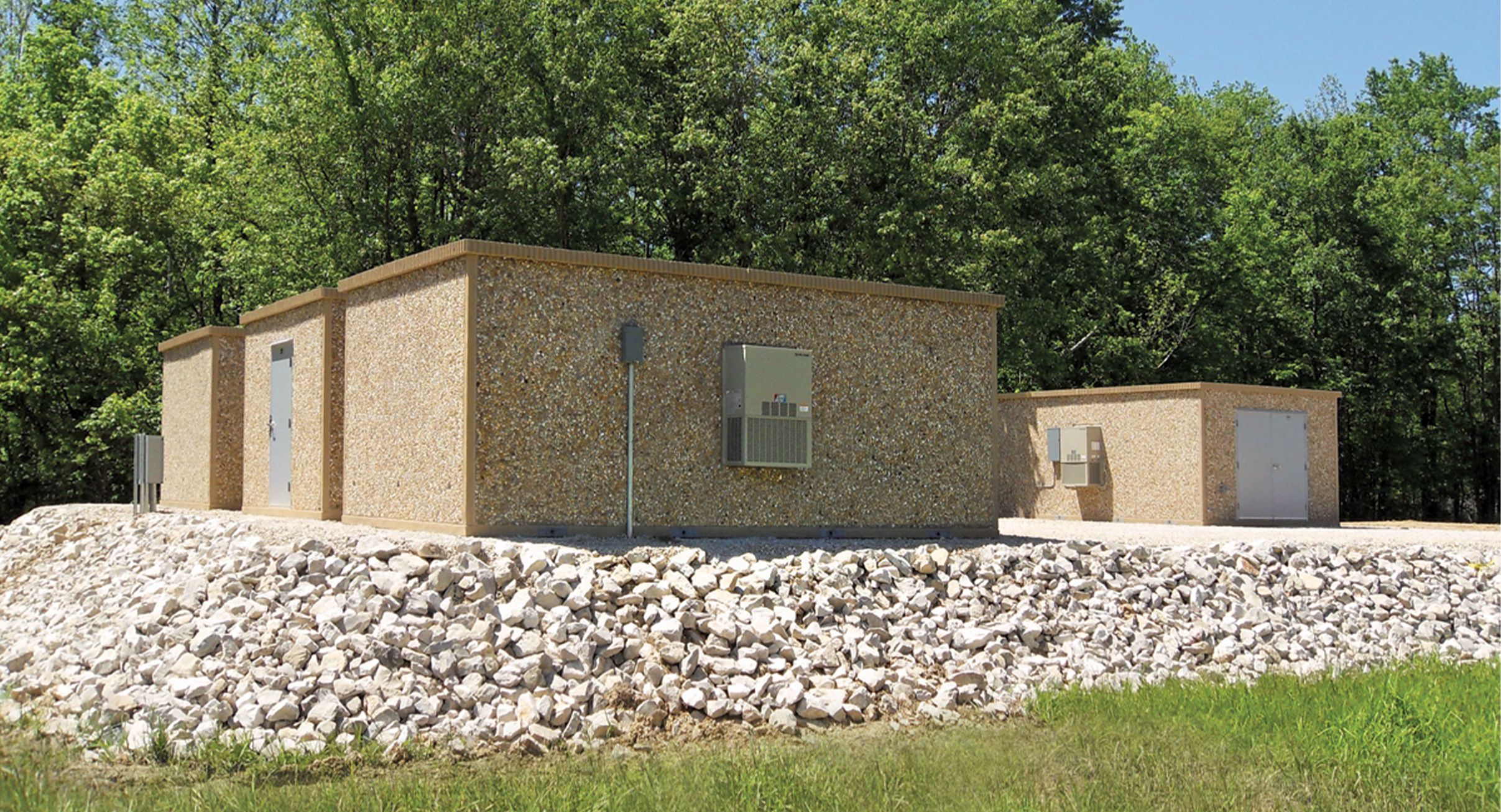 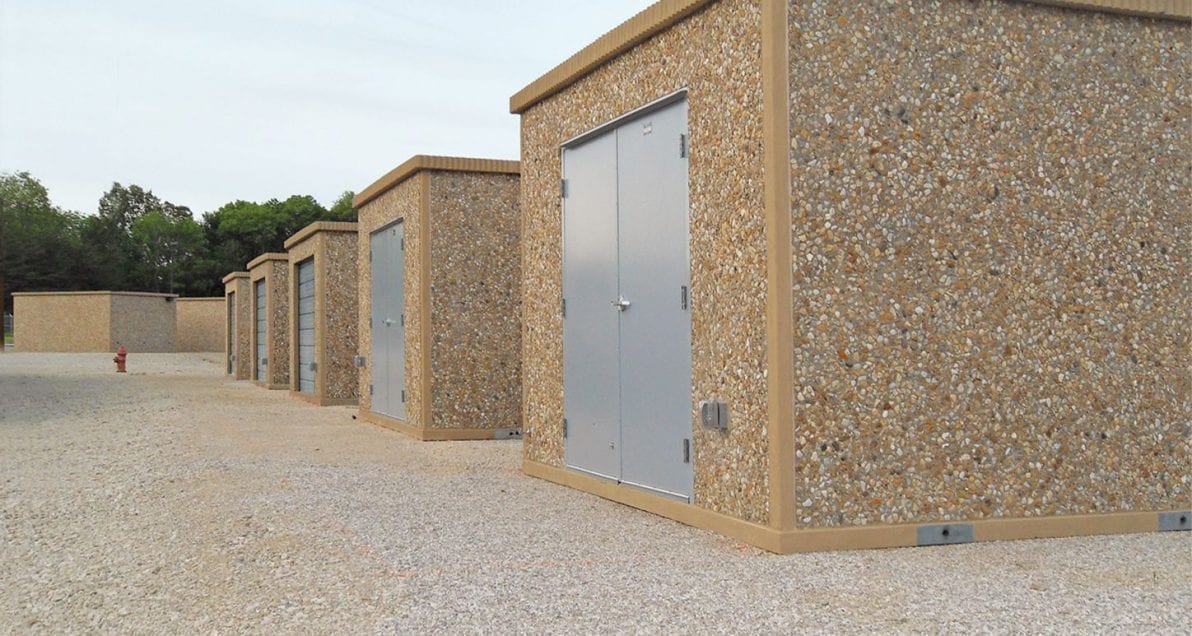 Smith-Midland Corp. recently delivered twelve 12’ x 20’ x 8’ Easi-Set Buildings to the Department of Defense (DOD). “After initially pricing the buildings with delivery to Blossom Point, MD, the DOD changed the location to Crane, IN. The job went to bid and SMC was awarded the order worth over $300,000 (12 buildings outfitted, delivered, and set),” said George Sharikas, Sales Manager at SMC.

Six of the Easi-Set Buildings will be used as office space, for shop space, and two providing hazmat storage. All buildings incorporate epoxy coating on the interior surfaces as well as HVAC systems. Most contained a standard electrical package, some had roll-up doors, while the hazmat buildings included explosion-proof electrical packages. The buildings were assembled and outfitted in Midland, VA and delivered by truck in three shipments of four buildings each. The low-boy trailers required flag cars for the 650-mile journey. Harold Cross, a senior SMC truck driver made all three trips, oversaw the delivery, and assisted with the setting of all of the Easi-Set Buildings.