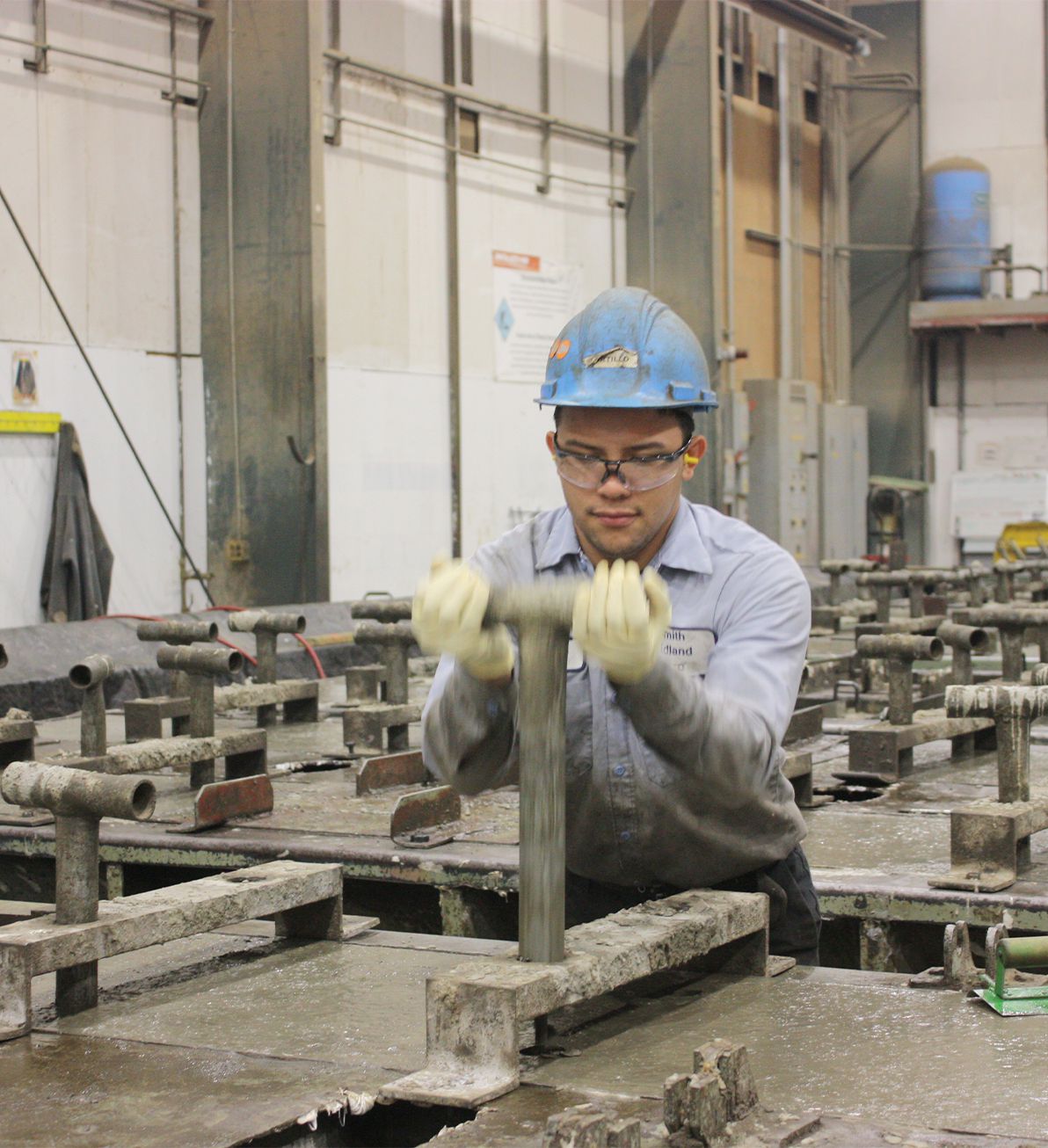 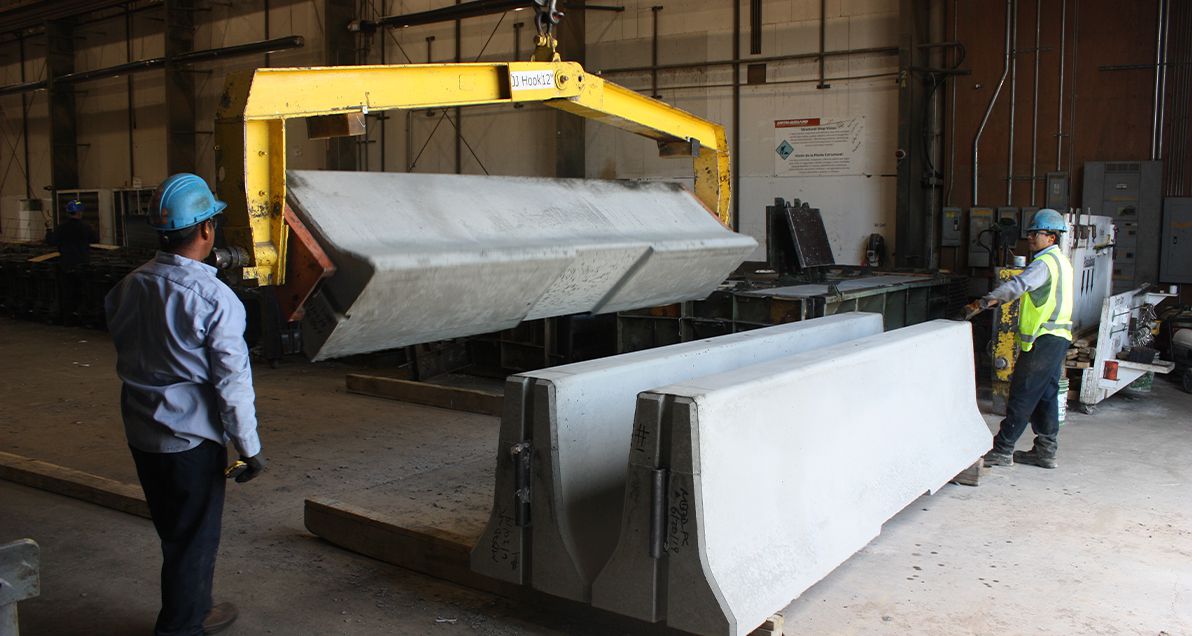 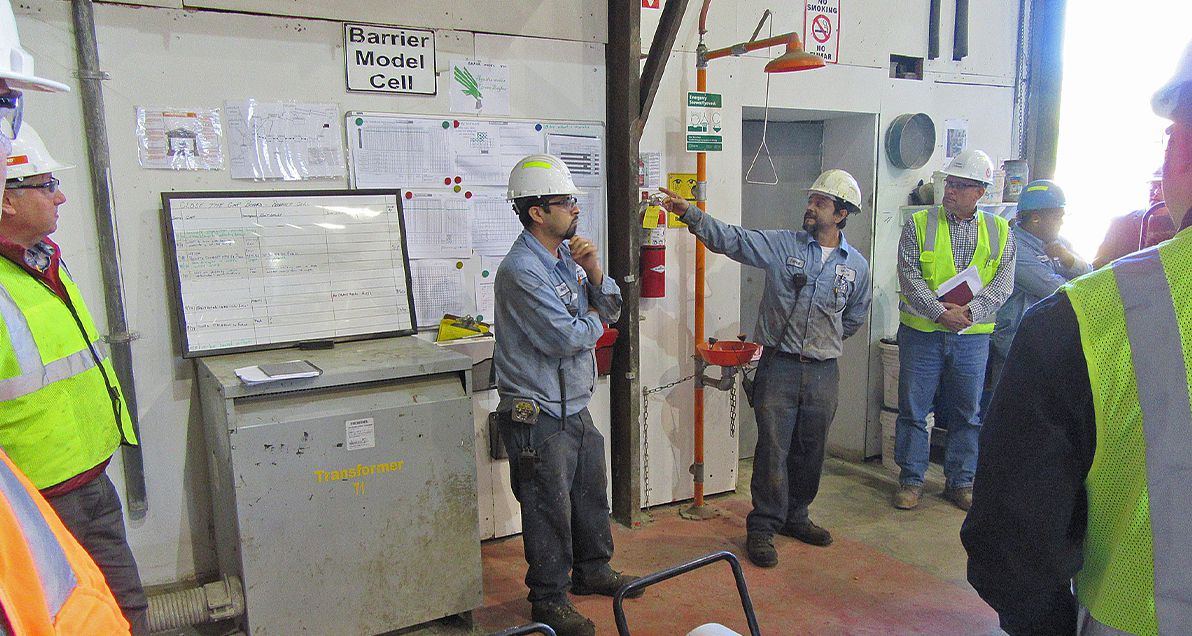 “This was on the team to make this happen, and they delivered.” Alan Pritchard, Smith-Midland’s Plant Manager 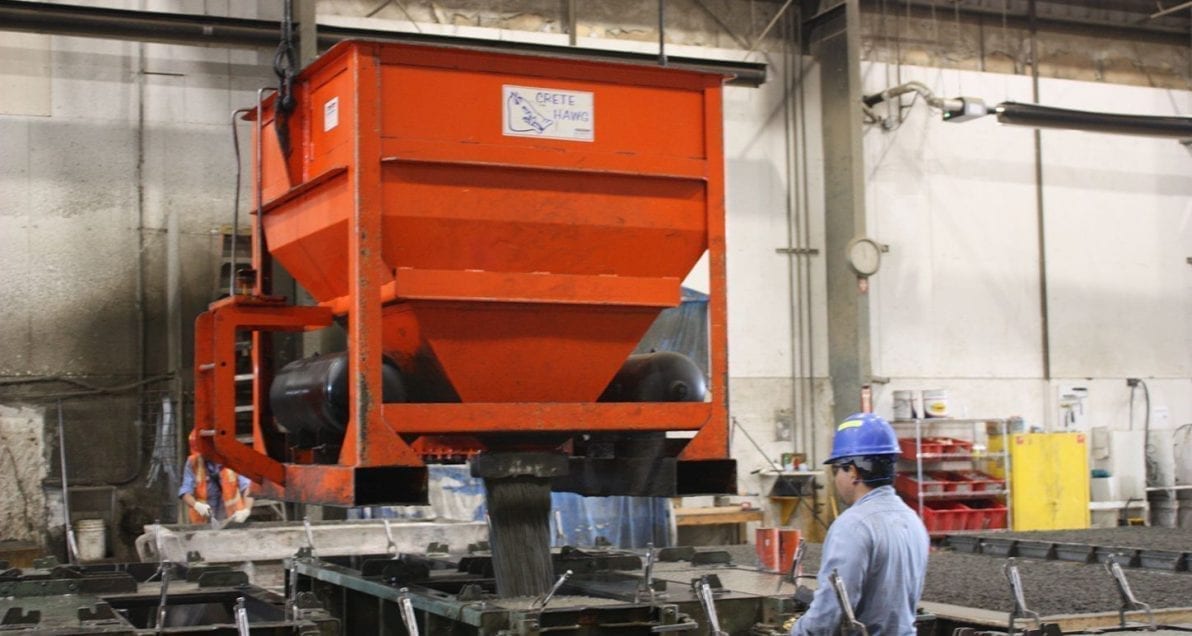 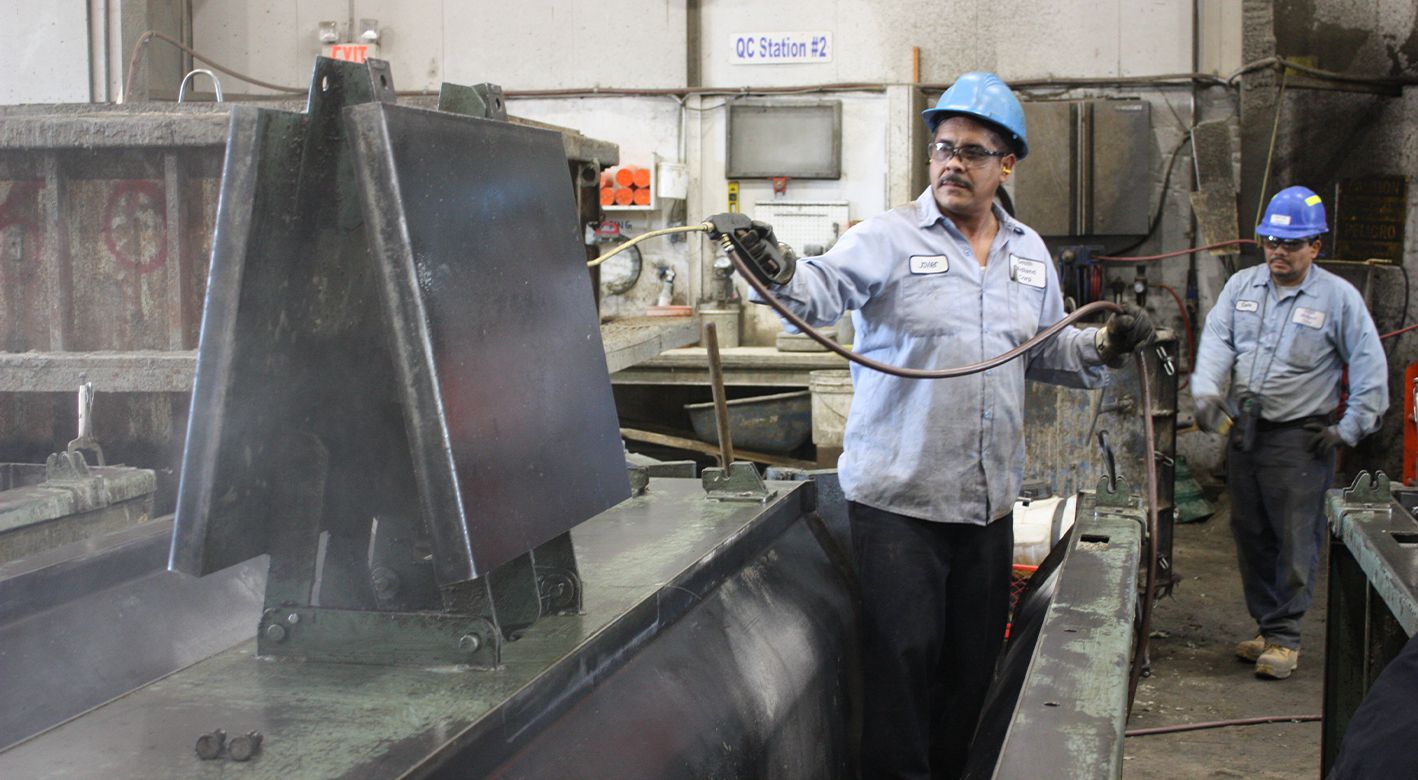 A Story in Lean Manufacturing

They are called the Águilas Verdes (Green Eagles), a small team of Smith-Midland associates lead by Cesar Montiel and Raul Franco, who oversee the production of one of the company’s core products, J-J Hooks highway safety barrier.

Precast concrete safety barriers have been produced in the Smith-Midland Virginia plant since the late 1970’s. In that time millions of linear feet have been produced. Various attempts had been made over the years to standardize the production process, with varying degrees of success. In the late spring of 2016, the Águilas Verdes team was formed to create a model cell and make the final push to bring the barrier manufacturing standards to a world-class level.

A “model cell” is an improvement technique of the Lean Manufacturing philosophy. The model cell focus is to establish an “island of perfection,” within the plant. It defines a manufacturing process between a specific starting and stopping point, then have the team members within that process track, quantify, and work together to improve each step. As each issue is identified, closer examination of causes and solutions are discussed, decisions made, actions taken, and then reexamined. The barrier model cell was defined from the point the concrete mix was delivered from the on-site batch plant until the barrier had been inspected for quality and sent out of the plant door, to the storage yard.

The first step of a model cell is to apply the basic lean principal of “5S”. This is a systematic improvement process which engages the team in the acts of sorting, straightening, shining, standardizing and sustaining a highly organized and clean workspace.

The ongoing success of the model cell is achieved by using two techniques; one called “the daily huddle,” and the other “visual management.” At the daily huddle, held every production day, team members gather in front of a metric board containing a vast array of visual statistical data to audit the current status of their efforts.

Every barrier poured (of the average 50 per day) is recorded and scored in areas including safety, quality, man hours applied, materials used and targeted delivery schedules kept. Anomalies, successes and failures are easily seen using the visual techniques. Solutions are discussed, and action plans, often referred to as countermeasures, are devised using proven problem solving techniques. Some of the issues expose systematic weaknesses within the larger company leading into the cell’s process, supporting the cell’s process, or in the next steps directly after the cell’s process. These issues are discussed with management, who in turn make the needed adjustments or create new teams to solve them. One model cell can have multiple positive impacts on the processes of other departments and management teams, affecting the overall success of the organization.

Within just a few weeks of starting the model cell a vast array of improvements began to take shape. The concrete mix was tested and adjusted, and mold improvements were made, greatly decreasing quality issues with the finished surface of the barrier. Tools and techniques were changed, allowing for one less operation needed in the process and fewer materials. By early fall barriers defects were reduced from 68% to 15%. Man hours per barrier dropped by 14%.

The barrier model cell is an ongoing Lean process that will continue to eliminate waste, increase production, and ultimately benefit the company, our team members and our customers. 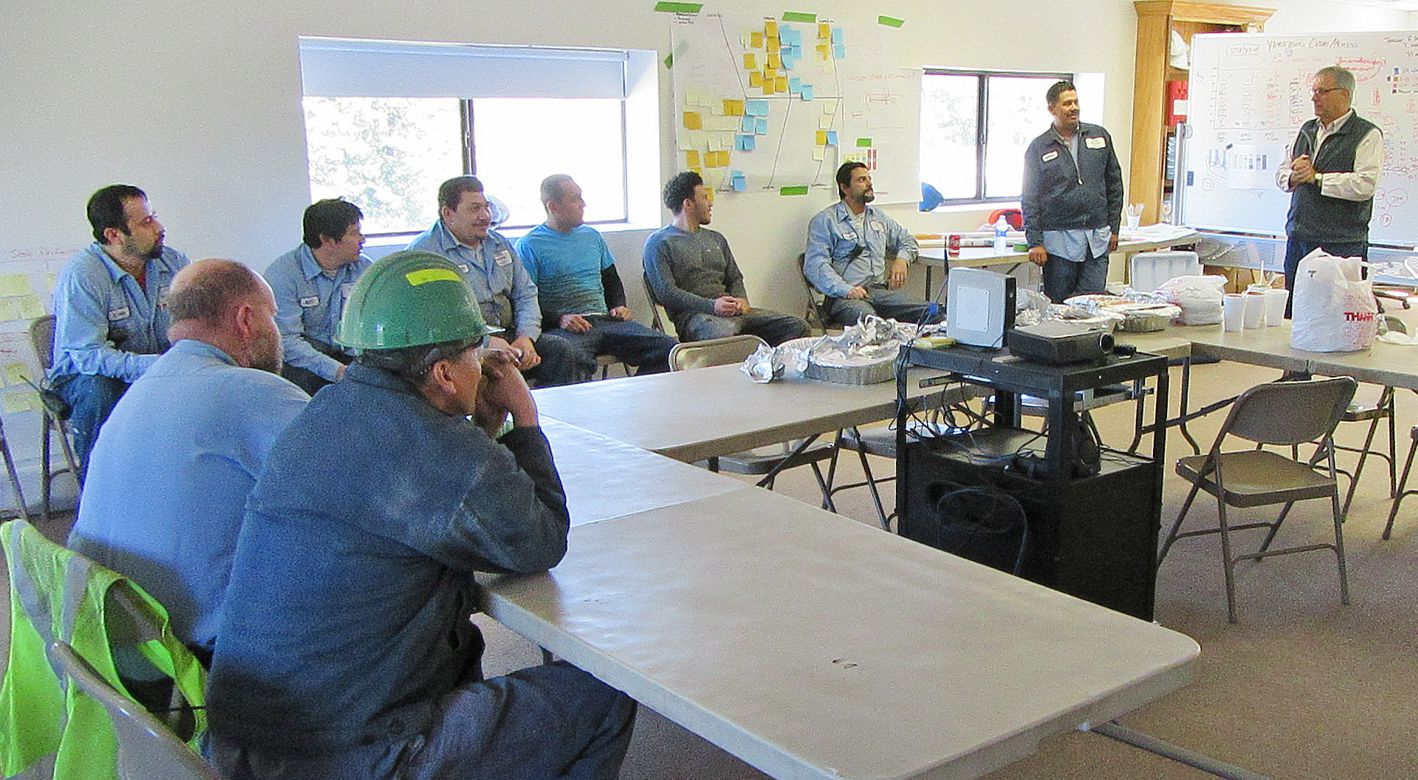